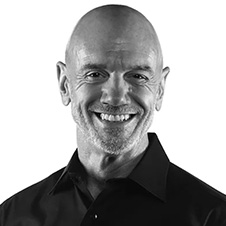 He just completed his 10th anniversary season with GDC, which is now in its 57th season. He says “this has been one of the most exhilarating periods in my professional life, leading America’s original jazz dance company in an extended time of growth and influence.”

Since 2011, GDC has more than doubled its operating budget, doubled staff, rebranded itself, bought a building, and started its first-ever capital campaign. In 2012-13, McStraw says “GDC celebrated its milestone 50th year in grand style” with worldwide performances, four world premiere works, and the 17th offering of Jazz Dance World Congress. With a firm strategy in place, he explains, “the organization has steadily elevated the quality and reach of its artistic product and is now recognized as one of the ‘Big Three’ of Chicago dance, alongside the Joffrey Ballet and Hubbard Street Dance Chicago.”

McStraw credits GDC’s success to a “superlative team” and his “extraordinary relationship” with Artistic Director Nan Giordano. “Place this working relationship against the backdrop of a committed, enthusiastic, and engaged Board of Directors, a tireless staff, a generous base of patrons and donors, and some of the most athletic and fearless dancers in the world, and the secret to our success is evident. It really does take a village,” he explains.

Ahead, McStraw explains that through the generosity of an anonymous donor, GDC was given the means to purchase a church in the Lincoln Park/Old Town Triangle neighborhood, which will undergo renovation to become GDC’s new facility and include a dance school, rehearsal space, informal performance space, a retail partner, and a rooftop deck. Says McStraw: “This project, though, is more than a building; it is about transforming Giordano Dance Chicago from a small professional dance company into a cultural institution. How cool is that?”

ABOUT TUFT: “I can say without equivocation that the experience I had with Tuft Associate Kathy Henrichs could not have been more enjoyable. Kathy found that perfect balance between professionalism and personal care that made me know immediately that I was guided by one of the best. I was especially moved by Kathy’s concern as I chose to make the move from a high-paying corporate job into a more modest not-for-profit position in the performing arts. If I was not committed to this change, then the hiring would not be successful. I truly thank Kathy for her care and concern.

“I believe it was the preliminary work done with Giordano Dance Chicago in developing and executing a national search that most helped to advance my career. Tuft & Associates’ behind-the-scenes effort prepared the organization for welcoming a new leader, thus setting me up for great success. Thank you.” 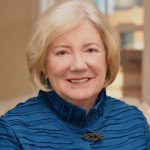